I am a military brat as my dad was career Air Force. I lived in many states, territories, and countries as we traveled the world. I met different people from different cultures, different backgrounds, and different religious and political beliefs. We are a diverse group, but our commonality is being American, which was built on the backs of our fathers who served to give us freedom. To love and serve others, to help those in need, to dream of a better life in this great land, and to live and work with one another, although we may be…different. We are very proud of who we are!

I’ve read on social media the last two years how our differences of opinion have affected some relationships with classmates, relatives, friends, co-workers, church members, and neighbors. We have no restraint in sharing mean, hateful words to those who are different. No regard, respect, or remorse for our brothers and sisters. It.Breaks.My.Heart!

How did we let our fear of differences replace our love and respect for each other?

It does not take any effort to be mean, rude, and hateful. It is a sign of insecurity and weakness. A desire to find someone less-than so we can feel more-than. Being kind to rude people takes great self-discipline and a strong self-esteem. It is not an easy task. I am guilty of this when I feel attacked, but I am joining the mind-set of the attacker when I retaliate in the same way.

When you choose to be kind over being right, you’ll be right every time.

A classmate shared this video of Paul McCartney explaining why he wrote the famous Beatles song, “Let It Be.” He was feeling the turmoil of differences between his brothers of the band, horribly abusing drugs to escape, and the loneliness of being the only bachelor. In the video and other interviews Paul explains his mother, Mary, who died when he was 14, came to him in a dream during this very low point. He could see her face clearly, especially her eyes, and felt an immense comforting presence. She said, very gently and reassuringly: “Let it be.” He remembered how lovely it was and how great it made him feel. The message for him was: “Be gentle, don’t fight things, just try to go with the flow and it will all work out.”

The NIV version of the bible repeats 70 times the most often command from God: “Do not be afraid.” More often than not it is followed by “do not be discouraged” or has an action that God is or will be taking. A command from God is not a request, it is a directive. “Do not be afraid. Stand firm and you will see the deliverance the Lord will bring you today.” Exodus 14:13

Though we may be parted in our differences, there is still a chance that we can see, there IS an answer. Let it be.

This site uses Akismet to reduce spam. Learn how your comment data is processed. 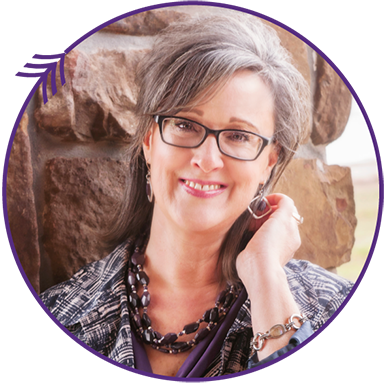 I’m Dee Peel, a Professional Certified Life Coach. My passion is to help women find purpose to a meaningful life, give insight, support, and encouragement making life decisions, help work through loss and grief, and support families to stay together and thrive!

What Others Say About Dee

My experience with Dee Peel, life coach extraordinaire, was nothing but amazing!

My experience with Dee Peel, life coach extraordinaire, was nothing but amazing!
https://takemyhandcoaching.com/testimonials/april/
I am thankful I followed through with personal coaching and look forward to positive changes in my life.

I am thankful I followed through with personal coaching and look forward to positive changes in my life.
https://takemyhandcoaching.com/testimonials/cindy/
Now I feel I have a clear vision and my life is heading in the right direction, utilizing my spiritual gifts to fulfill my true purpose.

Now I feel I have a clear vision and my life is heading in the right direction, utilizing my spiritual gifts to fulfill my true purpose.
https://takemyhandcoaching.com/testimonials/lauren/
I am honored to have had this experience with Dee. Not only was she professional, she made me at ease during the whole process.

I am honored to have had this experience with Dee. Not only was she professional, she made me at ease during the whole process.
https://takemyhandcoaching.com/testimonials/julie/
Dee’s guidance in revealing my purpose was immeasurable! Her Godly guidance made this experience very special.

Dee’s guidance in revealing my purpose was immeasurable! Her Godly guidance made this experience very special.
https://takemyhandcoaching.com/testimonials/tambra/
0
0
Take My Hand Coaching, Dee Peel

Brown Eyed Girl is getting married this weekend! S

What if...we loved our spouse and handled conflict

Let’s look at our own heart first. ❤️

Being better together first means understanding an

Listen to Life Coach Dee Peel as she shares her fe

Listen as Life Coach Dee Peel shares how we can co